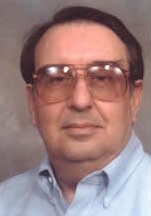 Ted Adams served the Mohawk Valley community throughout a long and productive career as the Director of the Herkimer County Chamber of Commerce. He retired from that position after 27 years of service (1972 1999). Adams was also an active member of the Herkimer College Alumni Association Board of Directors, serving as President of the organization from 1989-1995. Under his leadership, the Association expanded its membership significantly and donated over $75,000 to the College to support student scholarships, faculty and staff development and campus construction.

Adams is also well known throughout the valley for hosting a locally produced BOCES television show focusing on community affairs.