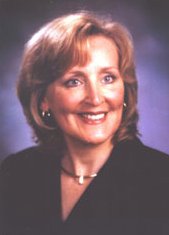 One of ten children born to Paul and Kathleen O’Shea Mootz, Utica native Margaret (Mootz) Beck is a member of the first graduation class at Herkimer College. As a student leader she helped compose the College’s alma mater. Following completion of the Associate in Arts degree, she earned the B.S. at Fredonia; and the M.S. and the C.A.S. at Cortland. Since 1972, Ms. Beck has forged an exceptional career in education as a teacher and an administrator. Margaret currently serves as the Principal of the Jefferson Magnet School in Utica. She has taught at Utica College, served as the Education Program Coordinator for Utica Community Action, and is considered to be one of the top School Principals in the nation.

She has been widely recognized for outstanding service and has won a Fulbright Award, the NYS Meritorious Magnet School Award, the magnet Schools of America Award of Merit and Distinction, and the New York State Education Department Recognition Award. A much sought after speaker, her work has also appeared in Family Circle and Thursday’s Child magazines. Ms. Beck is a member of the Executive Board of the Cosmopolitan Center, President of the Utica Administrator’s Association, and has volunteered for the United Way Leadership Group, the 21st Century Community Learning Center Advisory Board, and the Utica Boilermaker Race. She is married to Robert Beck and has a daughter, Alexis.