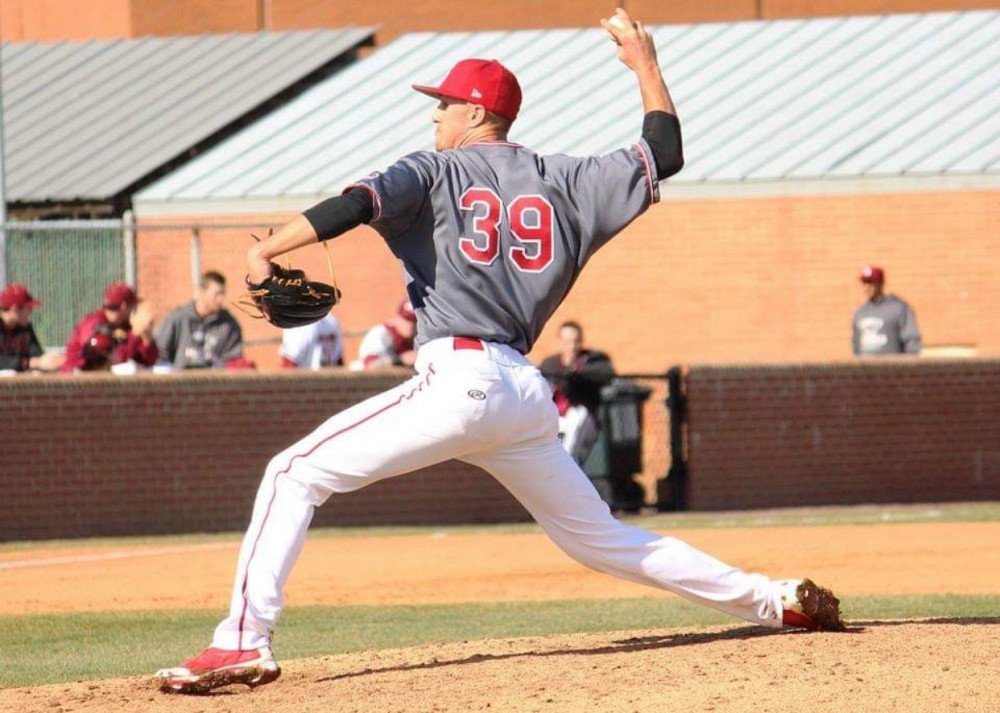 It takes more than athletic ability to make it in minor league baseball, but Joe Kuzia ’13 has made his choice, worked hard, and landed a pitching position with the Texas Rangers. Still, the road hasn’t been easy or straight.

After signing on as a pitcher for Manchester Community College, the baseball program was canceled two weeks before classes started. A coach at Manchester suggested Kuzia apply at Herkimer College, a move Kuzia says changed him for the better.

“Coach Jason Rathbun was very memorable. He changed me, matured me big time. In high school, I sort of bounced off the walls, but he simmered me down. He prepared me for life — how to take care of yourself even for when you’re older.

After Herkimer College, Kuzia played for St. John’s University. Despite an excellent junior year, he was never drafted by a professional team. So he joined a CanAm “It wasn’t the best year,” Kuzia admits, “but it was something to do. I still wanted to play.”

At the end of the season, Kuzia faced a choice: he could work in his father’s HVAC business, or he could continue baseball training with his younger brother Nick’s trainer (Nick also went into professional baseball, now playing for the San Diego Padres).

Kuzia chose to continue with baseball.

The next year, Kuzia played for the Bridgeport Bluefish and the New Britain Bees. Back at home, Kuzia’s former St. John’s coach saw him play. “He called up some scouts, which resulted in tryouts with the Mets — which didn’t work out — and the Rangers.” A few days after pitching for the Rangers, he received an offer.

With the Rangers, Kuzia fluctuated between Short A and Low A status. Finally, one of the coaches told him he had great potential, but that he needed to step up his act. In the spring, three of the Rangers’ front office staff called Kuzia in with an ultimatum: He could be honorably released from the minor league, or he could continue to play through spring training and hope another opportunity materialized. “It was a real wake-up call for me,” Kuzia admits. “I knew I still wanted to play baseball.”

The opportunity finally came — first to fill in on the Nashville Sounds, the Rangers’ AAA affiliate, then for a full-time position on a High A affiliate. “I was ecstatic!’”

Kuzia has proved himself with the Nashville Sounds and was named Best Reliever in the league. “It opened my eyes to what I was capable of doing,” he says.

In the future, Kuzia wants to continue playing baseball. “It’s been a rocky course for me this year,” he admits. “But [my baseball career] has been unique since day one.”