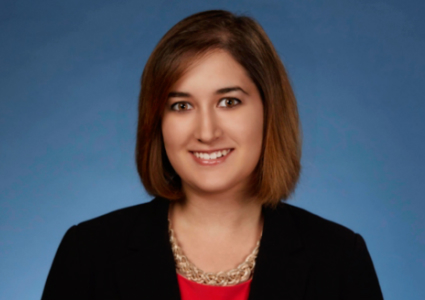 A 2012 Poland Central School graduate and 2014 graduate of Herkimer College, Melissa Krull has had opportunities that many don’t experience throughout entire careers. When Krull enrolled at Herkimer College, she already had a Career Technical Endorsement from the Broadcast Occupations course at Herkimer BOCES. She had freelanced with the Utica ABC-Television affiliate WUTR while in high school, and before starting college, she participated in WUTR’s summer internship program. While a full-time student at Herkimer College, Krull was a production assistant at WUTR, WFXV and WPNY. She was also the producer and host of Hello Central New York, a weekly 30-minute news magazine show on WUTR. While in those roles, she had the opportunity to tell local stories, report on events and meet and interview several high-profile personalities including American Idol winner Phillip Phillips. Krull is now working as a video journalist for Time Warner Cable News. Krull said, “I chose Herkimer College because graduates of the Radio-TV program said it was outstanding. I had many opportunities at Herkimer and was awarded several scholarships.” In addition to winning multiple first place awards in Skills USA broadcasting competitions and receiving an award from the Society of Broadcast Engineers, Krull, along with fellow Communication Arts students Sean Messier ‘14 and Kristofer Klosner, won an Associated Press award for “Best Regularly Scheduled Newscast.” In the newscast, Krull served as newscast producer and anchor. Krull also won in the “Best News Story” category for her work on “From HCTV to Eyewitness News” where she chronicled the story of three Herkimer College Communication Arts: Radio-Television Broadcasting students and their journey from Herkimer College to working at local TV station WUTR. Krull said, “To even have our work nominated in the Associated Press was an incredible honor. I am so thrilled that we won not just one, but both awards. It proves that Herkimer is just as capable of producing exceptional news as any private school or university in New York State.