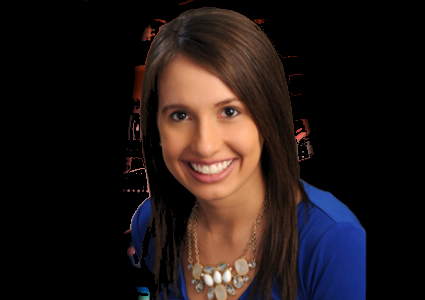 Herkimer College helped Nicole Todd of Herkimer transition from high school by providing opportunities to join clubs and participate in student government and athletics. “Being a local student, it was a smart decision to attend Herkimer because I had no idea what I wanted to major in. Even though Herkimer is a small college, there were many options making it easy to explore majors,” said Todd.

While at Herkimer, Todd changed her major several times from accounting to fashion and everything between the two. “Once I found my niche, fashion, I ran with it and loved the program so much I finished one semester early and transferred to SUNY Oneonta. Herkimer got me ready for the course load that a four-year institution had to offer,” she said.

Todd was able to transfer all of her credits to Oneonta, where she ultimately decided to pursue a degree and career in communications. She credits Herkimer with her success at Oneonta and beyond. “I know I did well at Oneonta because of the coursework and strict deadlines I was given at Herkimer. The professors at Herkimer were like a close-knit family, and when I needed and asked for help, it was happily given,” she said.

While working toward a master’s degree from Newhouse School of Public Communications at Syracuse University, Todd had the opportunity to spend time in Washington D.C. as a news correspondent. She was the only intern with an associate degree, and it set her apart from the rest. Todd said it was helpful to have the experience of different schools, and she had a more thorough understanding of the business because of her hands-on experience at Herkimer College.

Todd recently returned to the Mohawk Valley and is working as a multi-media journalist at WFXV/WUTR/WPNY. “To put it simply, Herkimer provided me with a great foundation. If you are open-minded and you work hard, you really can go anywhere from Herkimer College,” said Todd.