It was in 1962, that the idea of a community college for Herkimer County was first raised by Ed Vosburgh and Harold Luther. A committee was formed under the guidance of then Chairman of the Herkimer County Board of Supervisors George Casier with Harold Luther, Madalyn Juna, Howard Leneker, John Watkins, Edwin Komendarek, Leroy Winsman, Thomas Pratt, Anthony Cosentino, Joseph Horton and William Robinson on the committee. 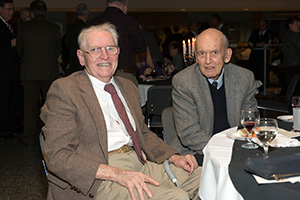 The group drafted a proposal for the college which was later accepted by the Board of Supervisors and forwarded to SUNY in January 1963. A year later, the State University listed Herkimer County as a potential community college location in the 1964 SUNY Master Plan. Three years later, after several surveys, votes and resolutions, the State University asked Herkimer County Board of Supervisors for an updated survey of prospective enrollment, curriculum and budget. To prepare a response, the Supervisors appointed an eight-person committee comprised of Richard Jorrey, Harold Luther, Douglas Bell, George Anderson, Jim Huxtable, Ed Komendarek, Gabe Reuben and Art Whaley. And in January 1966, the SUNY Trustees resolved to sponsor and establish a community college for the County of Herkimer, and Herkimer County Community College became the 29th community college in the State University of New York. 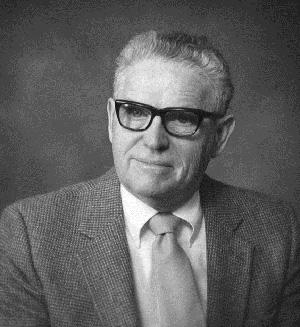 The following individuals were appointed as the Board of Trustees: Frederick Juer, Dr. James Anderson, Anthony Cosentino, Dr. Donald Gavagan, Harry W. Snyder, Bess Cristman, Harold E. Whittemore, Frances Vickers and Vincent Iocovozzi. The founding trustees made one of the most important and significant decisions in the history of the college – the selection of the first president, Mr. Robert McLaughlin. President McLaughlin hired the first administrators, faculty and staff, built a strong foundation focused on students and the community, which made our institution what it is today.

Dr. H. David Trautlein, the first dean of the college, created the academic programs and standards and demanded and received excellence in teaching from the faculty. Dr. Trautlein was instrumental in the development of the library, faculty and student evaluation and documentation of the college’s history. John H. Thayer was the founding director of admissions, who also served, for a time, as the registrar and director of counseling, financial aid and public relations. 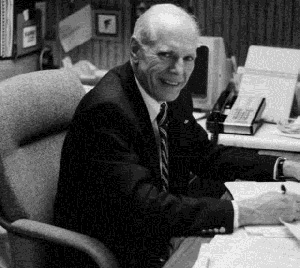 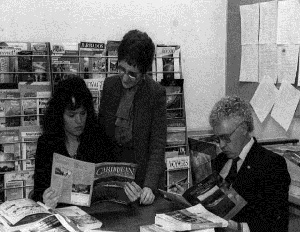 Our founding faculty – Dr. Robert Dorrance, William Elenko, Raymond Lenarcic, Arthur Muller, Charles Sadowski, Shirley Samuels, Dorothy Sharo, Jean Stapleton, and Charles Webster -- took a chance on a start-up college without a campus and established a solid foundation for a premier academic experience for the students. Classes were taught in the Univac Plant #3, an old factory building in Ilion, NY, with very few, if any, niceties and conveniences. It was the excitement of building something new, and the great sense of ownership that was felt, as well as the camaraderie among the founders, that surely contributed to the great success of this little start-up college in rural upstate New York.

Today Herkimer College offers more than 40 degree and certificate programs, with 20 programs offered entirely online. The College is ranked among the top community colleges in the state and the nation, attracts students from all over the world and boasts of a nationally-ranked athletic program. The success of Herkimer College has been attributed, in large part, to the people. The boards, administrators, faculty and staff, over the past five decades, have continued the culture that was established by our founders in 1966 – a committed, caring and student-focused culture.

Thank you to our founders!